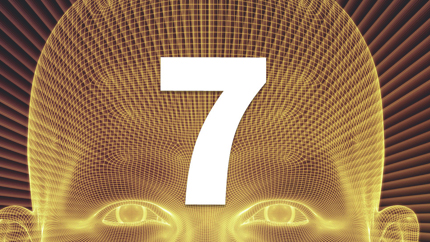 For many years, the Academy members have been studying the branches mentioned above, synthesize them, conduct research that helps to understand the world in harmony with the philosophy of life.

Over the years of the Academy existence important results have been achieved:
— methods of human psychological analysis to identify the strengths and weaknesses of personality were developed;
-techniques of «best practices in numbers», in other words, the adjustment of human strengths and weaknesses were created;
-the idea of cosmography was improved, graphics were refined and important additions which explain our behavior on each day were provided;
-the number-based concept of human behavior vision and understanding for each year was completed;
-a unique technique of behavior correction and removal of negative sides of psychological state, or in other words, raising the psychological balance of the person, which has no analogues in the world, was developed. This includes art therapy (manadlas and music) which are individually calculated for each person separately, and usage of reiki practices. Knowledge of Reiki increases the effect of mental state recreation and stabilization, which is a hundred percent result of psychological state improvement, providing that it’s used regularly.

The results for the recruitment and personnel administration developed by the International Academy of Numerology and Vito-mathematics, also have no analogues in the world. Many large companies, names of which are not published, on grounds of the privacy legislation, use the techniques, associated with staff recruitment, created by the Academy.

Great work is done in the field of sports, the preparations for the Olympic Games in Sochi. Assistance was provided to a number of athletes in adjusting their loads, based on studies of their physical, emotional and intellectual state.

The Academy staff regularly provide publications in magazines and journals, participate in radio and television broadcasts.

In the near future, training in all the listed techniques and production of professional literature, special videos, that will help to expand and enhance the capabilities of Vito-mathematics, are planned.

The Academy is always glad to see new people, who are engaged in research in these directions, among its partners. Doors are always open for you! There is constant interaction and exchange of knowledge and experience.

Our life, health and psychological condition are in our own hands, and it’s only you who can help yourself to adjust everything by using the Vito-mathematics methods.
About the founder

Vladimir Kuznetsov is the founder and doctor of Vitomathematics, numerologist, certified psychologist, graduate of the Academy of National Economy under the administration of the President of the Russian Federation, an expert psychologist at the Training Center of personnel reserve for state and municipal service, Professor of World Slavic Academy.

More than 10 years of practice in the field of psychology, using the techniques of psychoanalysis and Vitomathematics (vitomathematics — numerology, arithmomancy, cosmography, art therapy, music therapy). He has obtained the third level of Reiki and is Reiki Master. There are many well known personalities from the areas of business, sports and show business among his clients.

Clara Kuzdenbaeva — doctor of psychology (awarded by UNESCO), more than 20 years of practice in the field of psychology, a graduate of the Academy of National Economy under the Russian President Administration, known expert numerologist. Graduated from Almaty State University, she took the course of the Munich Institute of parapsychology, training in India of Dharmsala — Tibetan monastery in numerology and Sir Jay — Numerology (tacit knowledge). Selecting numerology for Clara’s not so much a conscious choice, as the fate of destiny.