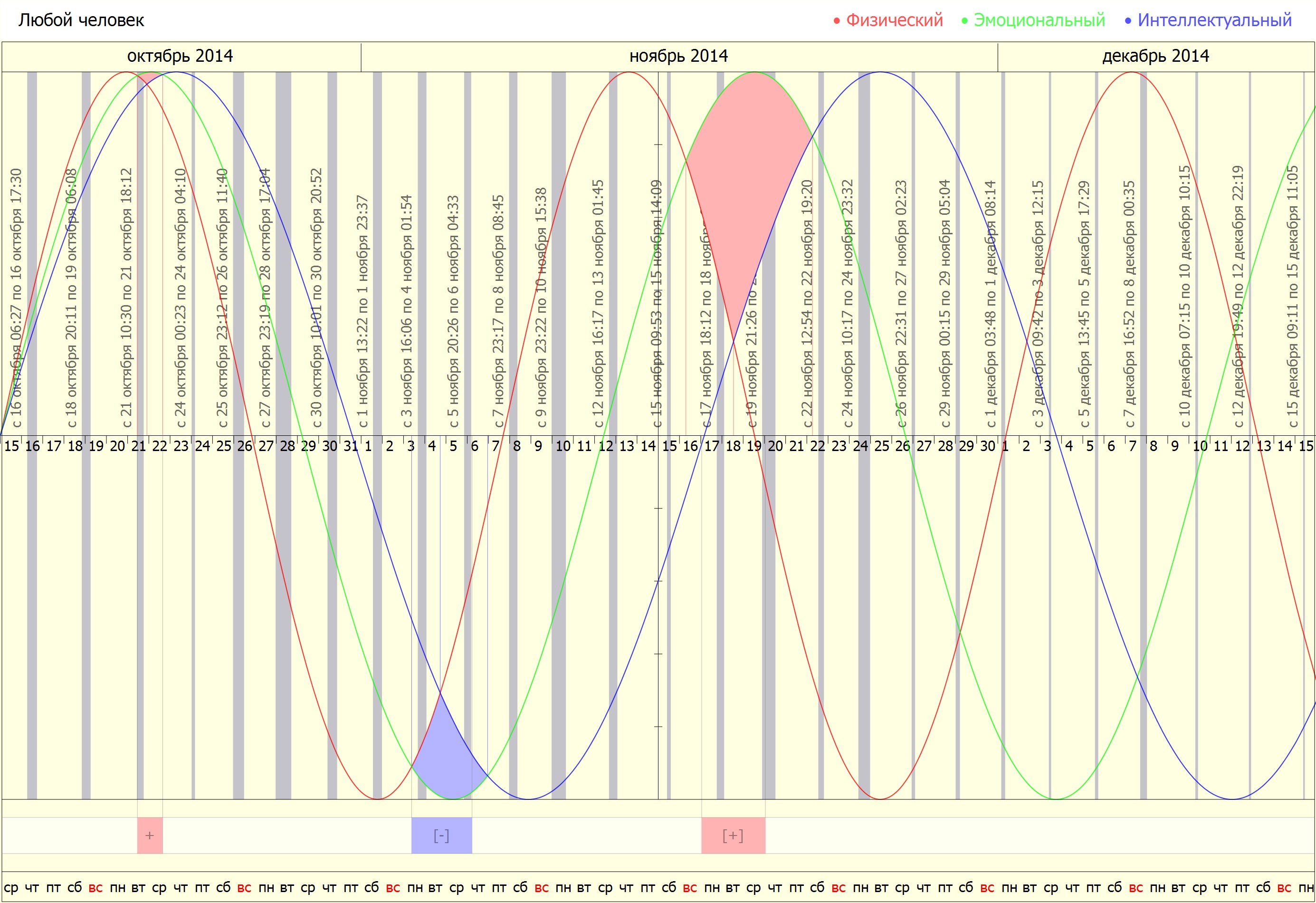 Cosmography is an important part of Vitomathematics. You can use it to form an individual graph for each person for every day, that will show its physical, intellectual and emotional state (how to use cosmograph).

Long time ago, psychologists noticed the effect of short disconnection of people from reality at particular periods of time, when life around stops, nature freezes half awake, getting ready for a new spurt, and, however well planned they might be, any efforts and actions fail.

So, «Deceptive days of the Moon», «The Moon running in the void», «Period of inefficient Moon», «Idle Moon Action», «the Moon running in the emptiness», «the Moon void-of-course» are the ways astrologists call the time when the Moon, leaving a zodiac sign, does not form any configurations with other planets. It happens every couple of days, and lasts from a few minutes up to two days (see gray lines on the graph and time above them- this is when the Moon passes over some definite area of the Earth without rotation, it lets you associate the rhythm of person with changing gravitation of the Moon, which negatively affects our state during these hours and days). 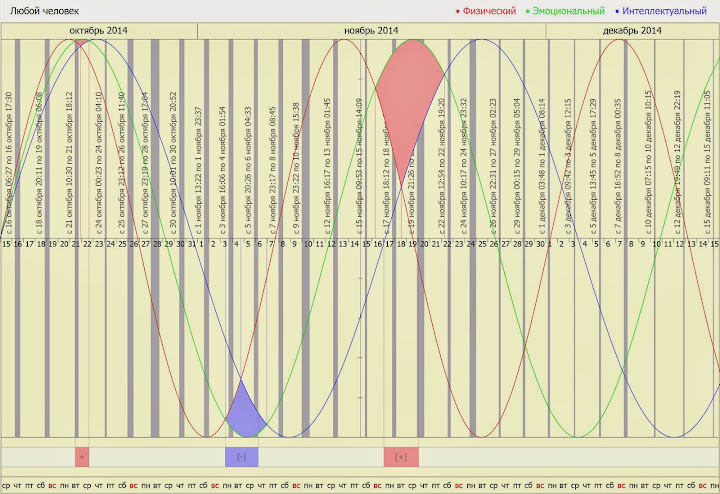 Astrologists believe that during these hours humanity is left without care of angels, so it’s essential to be aware of such periods and be ready for them. At this time, we lose the ability to adequately assess the situation, as well as the genuine vision of possible dangers. An increasing number of conflicts between people, injuries, together with breakdowns of machinery due to human carelessness take place. Deceptive periods of the Moon constitute a threat even for usually cautious people.

The Moon is a symbolic disposer of person’s everyday life. Due to the high speed movement, it forms several various aspects with other planets daily, which, from the point of view of astrologers, means the formation of particular events in human life. When the Moon runs in the void, there is either lack of events, or situation is out of control. Traditionally, inefficient Moon is believed to be notorious by astrologists, because it is a kind of stagnation period for all people without exception. According to numerous observations, the Moon void-of-course can make a person absent-minded, careless and maladapted, obfuscate it, which causes troubles, failures and all sorts of accidents to take place (the so-called human factor).
Certainly, at such times, it is important to control your emotions, be extremely careful in busy streets. It’s better to refuse beforehand from any work related to the potential threat to health.
Moon periods graph is a simple and effective way to avoid mishaps if you plan any important business.
Periods of inefficient Moon (or moon void-of-course) are unfavorable for all the undertakings, and you’d better avoid them if it’s possible. The business, started during the period of the Moon void-of-course, is rarely conducted as it was planned, if it is ever accomplished at all. And any undertaking is likely to come to nothing. In most cases, inexplicably, the meeting would fail, and the treaty «would collapse».

The goods purchased during the period of the Moon running in the void appear to be damaged, defective or not functioning, and clothes don’t fit properly. The course of treatment begun then would be complicated and long. The ideas appearing at this time turn out to be futile. While ineffective Moon, it is useless to look for a job or be interviewed because anyway you wouldn’t get the job. A business trip you go on during inefficient Moon, would be useless. Any business set up at this time would end in fiasco after lengthy and costly efforts.

The advantages of this period.

But things can’t be all that bad! Everyone could benefit from the period of «the Moon void-of-course»,- have a rest, stay at home, read a book or listen to music. If you can’t spend this time resting, it’s better to go in for habitual daily routine which doesn’t not require special attention. This time is appropriate for those things which could be «given an easy ride.» If you wish that something would not happen- take an advantage of this moment. Suppose you want to avoid a conflict with some man, visit him during this period and be calm- quarrel would not take place. Another example- you can invite an unloved relative who has desired to visit you for a long time- most likely she would not come. You can spit out to your boyfriend everything that you have been brimming over for the moment and «split up with him forever»- have a risk, as you’ll soon make it up with him.

What you shouldn’t do within the period.

The Moon running in the void» is unfavorable time for those businesses which are aimed at specific results. This list is pretty wide and varied: sending important messages via e-mail, applying for a contest, surgery, finding a job, business registration and starting an enterprise, buying a car or other property, and also confessing one’s love and getting married. Usually, everything that happens when «the Moon is void-of-course» is not implemented at all or is not conducted in the expected direction. Promises are not kept, feelings are not mutual, letters don’t come to addressee, contracts are terminated, applications are not accepted, purchases appear to be futile or defective. Remember the rule: If you want something to happen and happen safely, do not plan an important thing for the period of «The Moon running in the void».

Being born in «idle hour».

If a person was born in the period of «Moon void-of-course»- it means only that moods and feelings would not play a big role in his or her life, it will be quite chary of emotions. The companion of life of such a person should be the same logical or pragmatical as he or she is, or his partner should accept him or her as such and do not require sentimentality. In karmic astrology, it is believed that people born in the period of «the Moon running in the void», complete a number of past tribal, family and kinship relations, and are going to (or have to) create new karmic connections with women (mother, sister, wife, daughter), with the environment or society as a whole.